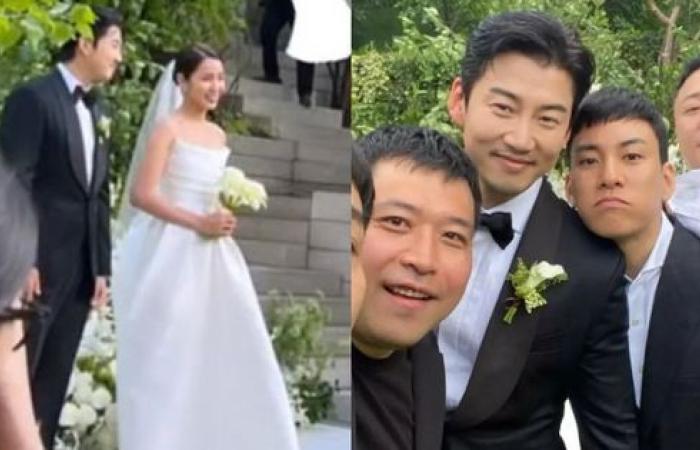 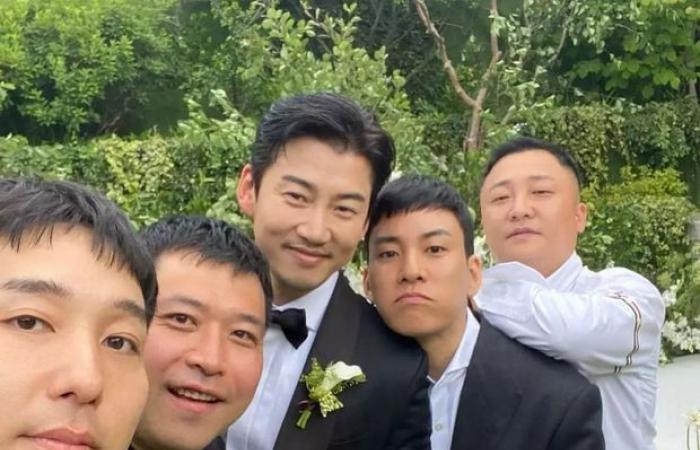 After a long wait, the male god Yoon Kye Sang and his bride Cha Hye Young held a wedding on June 9 at the Shilla Hotel, Seoul. The bride Cha Hye Young was born in 1983, 5 years younger than the famous actor and is the CEO of a cosmetic brand. The couple met at the end of 2020 and registered their marriage from August 13, 2021.

Just through a few quick photos taken at the wedding, netizens all have to admire the beautiful and gentle beauty, slim body and lovely smile of the bride Cha Hye Young. The groom Yoon Kye Sang was equally happy and radiant when he brought her back to the palace. The wedding is also an opportunity for the members of the “national group” god to reunite, as well as the cult actor’s friends to gather in large numbers. After the wedding, Yoon Kye Sang and his wife are going to honeymoon in Hawaii.

The beauty of the bride Cha Hye Young received many compliments from the audience. In the snapshot, the beautiful face and bright smile of the powerful CEO still shines

God’s Kim Tae Woo, Son Ho Young, and Park Jun Hyung reunited at Yoon Kye Sang’s wedding. The groom was both happy because he was able to bring her back to the palace and smiled with his brothers. Fans thought the wedding turned into a concert because of this special reunion Before getting married, Yoon Kye Sang had a deep love affair with 7 years long with “The most beautiful Miss Korea in the world” Honey Lee. The couple has been together since 2013 but “separated their way” in 2020. Now, both have their own happiness. Honey Lee has been married to a Korean-American businessman since December 2021 and is about to give birth to her first child. After 2 years of separation, both Yoon Kye Sang and Honey Lee have new happiness

NEXT Huong Giang advertises bingo with BLACKPINK and 2NE1 music, netizen: “Are you okay?”